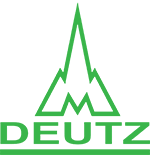 We specialize in new and used parts for Deutz Air Cooled Tractors.

Walt’s Tractor, LLC, located in Stark City, Missouri and has been selling the Deutz tractors since 1967. After 55 years experience with them, we believe Deutz has proved to be one of the top quality tractors manufactured. Founders of WTS – Walter and Evelyn The demand for parts has steadily grown. Buying parts to repair a tractor, even new parts, is much more cost efficient than buying a new tractor these days. We have one of the largest supplies of used Deutz parts in the USA. We can service your Deutz as well, we have had tractors shipped in to work on from all over the country.

WE ARE ALWAYS LOOKING FOR MORE TRACTORS.

If you have one you are interested in selling, please contact us. Maybe we can work a deal.

We now have aftermarket parts available through the online store button below, for many tractor brands such as John Deere, Case-IH, Ford, New Holland, Massey Ferguson, Oliver, White as well as Deutz!

Shipping only available to USA & Canada!

The Deutz Tractor in Review